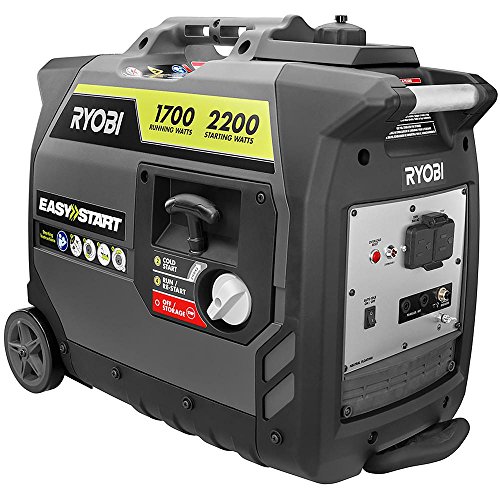 In this review, we’re going to take a close look at the Ryobi 2200. We’ll cover what we like about it and why, as well as what we think could be improved on it. The 1,800 running watts that the Ryobi outputs is enough to power the majority of RV’s air conditioning units, and will provide power to the most important appliances in your home in the event of a power loss.

It operates at around 60 decibels, which isn’t that much louder than the average conversation between two people. Considering the fact that this generator is outputting 2200 watts of power, it’s pretty impressive.

The Ryobi 2200 is fitted with a four-stroke 106cc OHC engine. This engine is more than powerful enough to keep the two 120 volt outlets that it has running, as well as the additional 12V outlet that’s great for charging smaller devices and batteries.

In the event that you’d like to get more power from the generator, it can be connected in parallel with another generator. This is an extremely useful feature to have. It means that, for the majority of the time that you do not need a lot of power, you can simply carry a small, lightweight, and portable unit around with you. When you do need more power, you can simply take another unit and combine the forces of the two.

At 51 pounds in weight, the Ryobi 2200 is a very lightweight little unit. It can be easily lifted by one person. If you’d rather not lift it around, it is fitted with 2 small wheels and a retractable suitcase-like handle that can be used to pull the generator around.

The Ryobi 2200 is able to provide you with power in a variety of different locations and situations. It’s great for smaller tools and appliances at a construction site for example, and is also ideal for use in and around the home, or when tailgating for example.

The Ryobi 2200 is an inverter generator too. This means that the power that it outputs is safe for use with all different electronics – even those that are 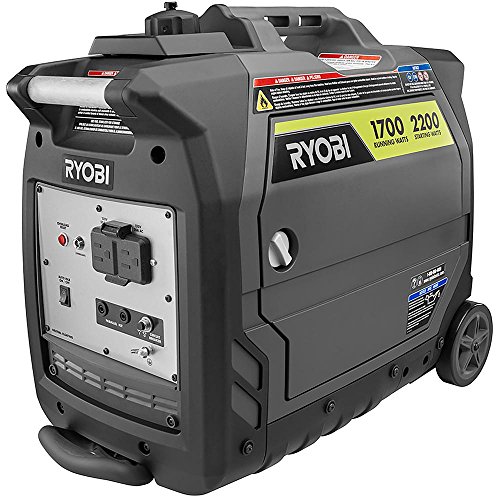 small and sensitive. The inverter that’s fitted within the Ryobi ensures that the power that’s output by it is as smooth and as clean as possible. It has minimal harmonic distortion and can be used with a variety of both small and large devices.

The Ryobi 2200 is a modestly priced portable generator. It’s powerful and is also lightweight. The uses for this unit are endless, it’s extremely easy to use, and provides high-quality power since it’s an inverter generator. The power that it outputs is suitable for use with all devices – the harmonic distortion that’s present in the generator’s power output is very minimal.

It’s got a maximum power output of 1100 watts and a running output of 1800 watts. Considering the number of features that this generator has on offer, we think it’s pretty good value for just over $500.

Overall, we think the Ryobi 2200 is a great value, portable generator.