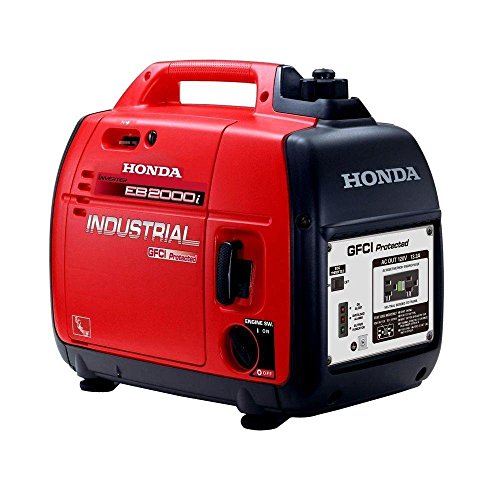 For many years, Honda has been a household name for all things that are mechanical, driven, or engine-related. Ever since their establishment, Honda have consistently produced products that are of high quality, and that are out with those that they are most known for.

Honda has been in operation for more than half a century, producing a wide array of products including cars, boats, and power tools. It would certainly not be unfair to say that Honda are truly a giant in the engineering world. Not only have Honda produced many new products over the years, they have also invented and pioneered many influential engineering concepts – such as VTEC.

Honda are well ahead of the majority of other companies when it comes to making engineers and motors for generators, alongside those for other powered equipment. They produce a massive variety of generators, from those designed for small uses in homes, to those designed for heavy and long-term industrial usage. In this review, we’re going to take a close-up look at one of Honda’s newest generators, the EU2200i.

The Honda EU2200i is truly a class leader. It has on offer a number of advanced features and mechanisms, a lot of which are more commonly found on larger and more expensive generators. One of the most interesting features of the EU2200i is the eco-throttle control that it has integrated. This allows for the engine to run at a speed in accordance with how much power it is required to output. This allows for not only better fuel efficiency, but also quieter operation and an all-round a better user experience. This makes the little Honda EU2200i an ideal choice for those that would like as efficient and as quiet a generator as possible.

Honda has an extremely loyal customer base, and have had for many years. Throughout the years that they have been in operation, they have always and continue to strive to produce some of the most up-to-date and advanced engineering products that the market knows. Their fan base continues to grow due to their never-ending deliveries of products that are consistently good, and technologically advanced. The EU2200i is no exception!

So, is the EU2200i from Honda really worth your money? In our opinion, it’s a great generator that will easily cover the majority of tasks that you’re likely to throw at it around the house. It’ll do all of this well, for a long time, and for a very decent price. It’s very well-reviewed by its users, and for a good reason. Being a follow-on from the fantastic EU2000i, you can be sure it’ll be of the same high quality. To top it all off, it’s backed up by a 3 year warranty from Honda. That said it’s highly unlikely that you’ll need it from such an amazing generator.